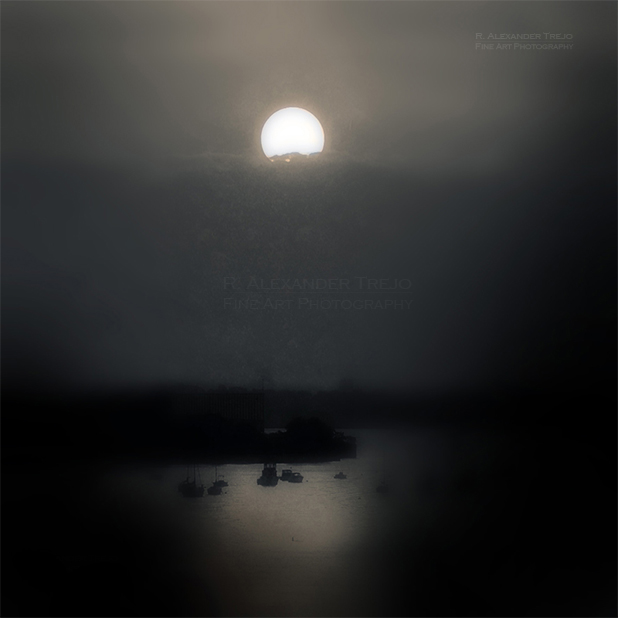 Evocative of some of the earliest images ever caught on “film” this photograph speaks to the very essence of what makes an image possible – light.  Here is light in its purest form, revealing what it will in the industrial/romantic image of a river as a place of commerce. The blazing morning sun at the top of the photograph is still shrouded by a layer of clouds and mist below; but its power has the strength to burn through the thick atmosphere to reveal subtle and shadowy forms of boats and a ship out early, beginning a day’s work on the river.  At this moment in time, as the river’s surface begins to reflect the sun’s light, a stunning image emerges.  Camille-Léon-Louis Silvy’s ‘River Scene’ from 1858 France is strikingly recalled by Trejo’s sensitive work, and while Silvy’s work is decidedly more romantic in point of view, it compares well in the use of light to Trejo’s more enigmatic presentation.